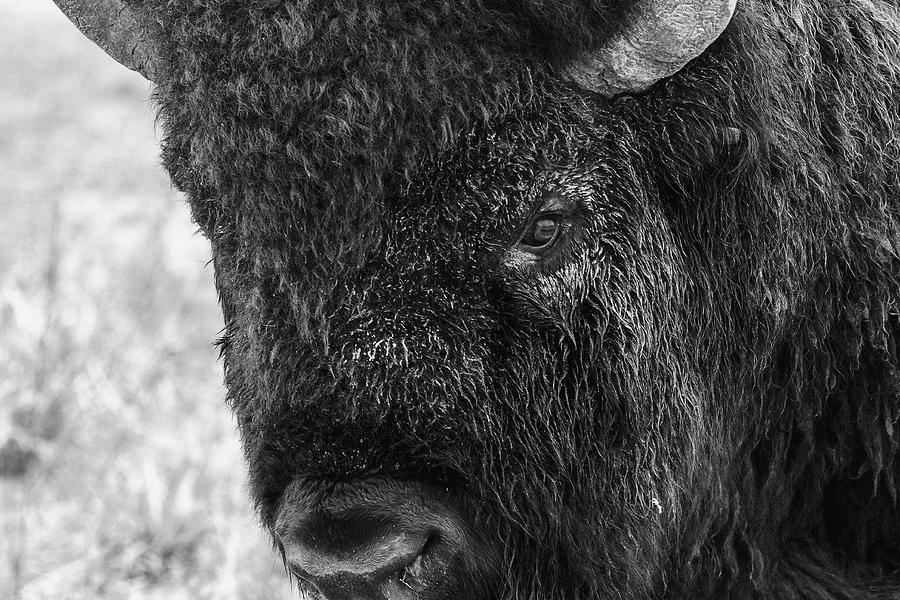 Black and white closeup of an American Bison bull. These massive animals were hunted to the brink of extinction in the 1700s and 1800s with as few as 750 reported by 1890. Their numbers have since rebounded with about 500,000 now living on public and private lands. It used to be we called these buffalo but that actually was incorrect. While they are part of the same family that includes the European and African buffalo, the Bison is its own, distinct species. It is believed they were called buffalo by early North American explorers due to their resemblance to the Old-World species. Native Americans call them Tatanka, a Lakota word that translated means “bull buffalo.” In May 2016 the Bison became the official mammal of the United States, a fitting and long overdue honor. Taken at the Rocky Mountain Arsenal National Wildlife Refuge near Denver, Colorado.